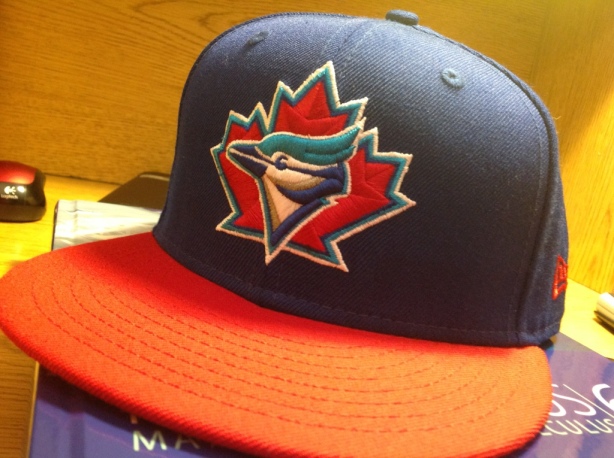 Since I was young, my father worked for a toy company based in Toronto, Canada. For most of my life, my father would spend at least one week in his company headquarters, and often times would go to Blue Jays games with his friends who had season tickets. My father has on more than one occasion said that he has adopted the Jays as his second favorite team. His coworker and her family come down just about every summer and spend a few days, and baseball is always the topic of conversation; they may be the only people in Canada who just don’t care about hockey.

I have only been in Canada once when I was about eleven, and had the pleasure of staying at the Renaissance Hotel, which is unique in the fact that it is literally attached to the Rogers Centre, the home of the Blue Jays. We were one of the lucky ones whose room’s window looked out onto the field. Imagine as a little kid, looking out the window and seeing a baseball diamond right outside. I was literally in awe, and it is something I will never forget.

The night we got there the Blue Jays got to play the Oakland Athletics. I really don’t remember too much of the game except sitting in one of the two giant lounge chair feeling like I was on top of the world. I was looking out my window to see professional baseball. Admittedly I wasn’t as big a sports fan then as I am today, but it was something that I absolutely loved. We even had the TV on in the background to hear the play-by-play. To this day it remains one of my favorite sports related memories.

In our second day in Canada, my family went to visit the Centreville Amusement Park, which is actually a small island that you have to take a ferry to just outside of Toronto. There was all the stuff you’d expect from an amusement park: a ferris wheel, bumper cars, and a huge tent where you can spend extravagant amounts of money for a hot dog. As we were leaving the island, there was someone handing out free stuff to everyone boarding the ferry. Just as any little kid would, I ran over there as fast as I could eager to take whatever they were giving out. Turns out, it was Blue Jays/Yankees tickets for their game that weekend. Yes, they were literally giving away tickets to a Yankees game. That should be enough to explain how little people appreciate the sport of baseball north of the border. Sadly, we were headed back to the states and I was unable to attend that game.

No matter how hard I try, I simply cannot remember the year that all of this took place. I know at this point Roy Halladay was their star player and had already won his first Cy Young award. My best guess is 2006, which places me around age 11. I still have those Blue Jays/Yankees unused ticket stubs somewhere which would have the date, but I don’t think it would be worth the effort.

Exploring the city was one of the greatest things I had ever seen. If you have never been to Toronto, it’s simply a much cleaner and friendlier New York City. One of the two things that I vividly remember was that they had entirely different candy; the standout in my mind was the Aero bar. To the best of my knowledge, it was simply a chocolate bar that had air whipped in it leaving small holes throughout it. Imported from England, they were unavailable for purchase in the US at the time, but to a young version of myself, it was the greatest thing ever. I even made my mom get some to eat on the plane ride home. The other part of Toronto that stood out to me was how clean the Subways were. If you have ever taken the subway in New York, these look the a crystal palace. They are absolutely pristine. I have always wanted to go back there, since now that I am older and would likely appreciate it even more.

As I said in one of my previous posts, this hat was a birthday gift to me from my college suite-mate Sean and his girlfriend Jenna. In general, I am a huge fan of any two-tone cap, but they had no idea of that at the time. Jenna picked the hat solely based on looks, knowing nothing about the team or logo, and I couldn’t be happier with the choice she made. The Blue Jays have had a bunch of very unique looks over the years, but in my opinion this is easily the finest.

First used as part of a team makeover in 1997, the cap coincided with the arrival of free agent Roger Clemens, arguably the best pitcher in team history. In his first of his two seasons with the team, he had one of the best seasons in MLB history. Pitching the triple crown, Clemens finished with a 2.05 ERA, a career high 292 strikeouts and 15 straight wins, shattering Blue Jays team records in the process. While he was accused of PED use later in his career, the general consensus is that during this season it was all natural. That type of season is hard to replicate for even the best pitchers; the only pitchers to do it up to that point were Christy Mathewson, Lefty Grove and Lefty Gomez. The very next season Roger Clemens did the same thing, pitching the Triple Crown once again. While he will always be remembered for his seasons with Red Sox and Yankees, some of the best years of his career came with their division rival. He would never again pitch for the Triple Crown.

Sadly, some error in someone’s judgement 5 years later lead to this hat being replaced in favor of the unpopular “Blue Jay on PEDs” doing its best Barry Bonds impression. Sadly, I cannot find a picture I am licensed to used, go just head over to this link to see what I mean. It proved so unpopular they retired it the very next season, replacing red with silver on their color palette and going for an entirely new look. When you have a logo so bad it gets Canadians to care about baseball you know you did something horrifically wrong.

I don’t want to leave out the people who made this article possible: Sean and Jenna. I cannot thank you both enough for the generosity you have shown me in the very short time we have known each other, and I want you to know how much I love this hat. Jenna, you made a great choice. 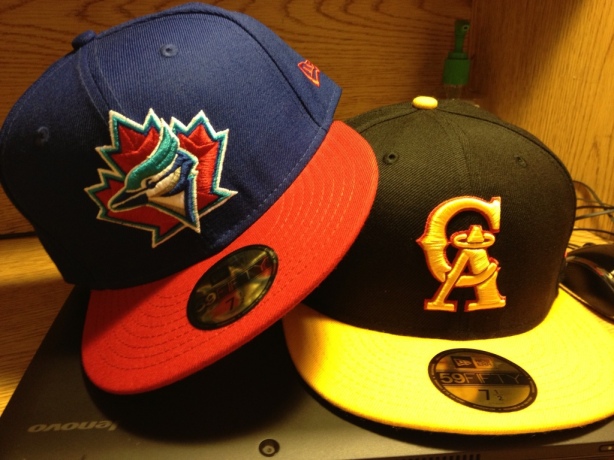 I thought it would be fitting (pun intended) that for my first post it would be proper to highlight the caps my roommates gave me on this very day. The Blue Jays cap was a gift from my suitemate Sean and his girlfriend, while the one of the right was a “belated birthday/ early Christmas” present from his roommate Matt.

I fully plan to go into the full details about why I love these hats in the future, but for now I just want to take a moment and publicly thank them for their generosity. I truly appreciate the gifts, as well as the thought that went into them. I couldn’t have asked for a better suite, or nicer hats.

Generally, my posts will involve a hat, and a story about why I bought or received said hat, which generally includes a life story of some sort. But for now, I just want to appreciate the kindness of my friends; you guys are truly the best.